Many people may wonder how the foreign athletes speak English so well. Philip and Adam were very proficient in English and enlightened me on how they new it so well. They said that they don’t have any family in the United States, but that in Poland English is a very common language and is an important subject in school. 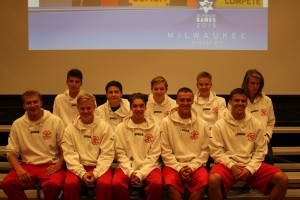